Is the Soil Conservation Protocol of the Alpine Convention implemented?

The Alpine Convention´s Soil Conservation Protocol (SCP) provides a comprehensive basis for soil protection. The protocol is already largely  implemented into national legislation, but not in all countries and not satisfyingly for all topics and levels. It is still rather neglected in many countries, especially by public administration, local policymakers and society. Especially in the Alps, soil conservation is crucial, because of the limited amount of usable area in mountain regions. In addition, the severe risk of erosion on slopes, underlines the special vulnerability of Alpine soils. Therefore, strategies for soil protection and soil management, which are suited to the specific topography and the diversity of Alpine soils, soil functions, and services, are essential. The SCP of the Alpine Convention provides a comprehensive basis, but there are still major deficits within its implementation.

Within the “Links4Soils” Alpine Space Interreg project, an Alpine-wide online survey was held. Besides English, the questionnaire was translated into all national languages of the Alpine countries (IT, FR, GE, SL). This survey was based on a previous survey by Badura et al. (2016) which was conducted in 2015 during the German Presidency of the Alpine Convention, which had a big resonance in German-speaking countries like Austria and Germany but not in the other Alpine countries. Within the Links4Soils project, this previous survey was modified but the main structure was kept the same in order to ensure the comparability of all answers. The following thematic topics were defined within both survey:

The datasets of both surveys were merged. From each country with no or weak response in the 2016 survey (Badura et al. 2015), between 9 and 25 experts shared their knowledge within the new survey. The combined results allowed us to draw some general conclusions for the whole Alpine region. Thereby, the main purpose was to identify what hampers an effective implementation of the Soil Conservation Protocol and therefore the steps required for its future promotion.

The survey´s key results can be summarised in following points:

In summary, around 15 years after signing the SCP it is quite well established but yet there is substantial need for effective implementation. 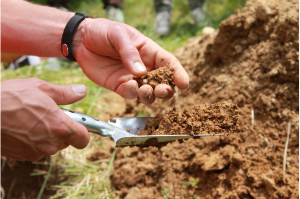 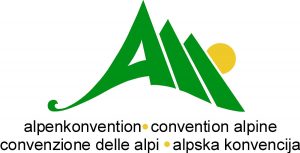